BATTLE CREEK, Mich. – The W.K. Kellogg Foundation (WKKF) is pleased to announce the selection of Alejandra Garduño Martínez as the new director of Latin America and Caribbean programs, effective June 1, 2021.

In this role, Garduño Martínez will provide leadership and oversight of the foundation’s longstanding investments in Mexico, Haiti and Latin America and the Caribbean more broadly, to further create conditions that support thriving children, working families and equitable communities. Garduño Martínez, based in WKKF’s Mexico City office, will lead the foundation’s regional grantmaking priorities in collaboration and partnership with the Mexico and Haiti teams, grantees, communities and other stakeholders throughout the region. She will report to Cindy Smith, interim vice president for place-based strategies. 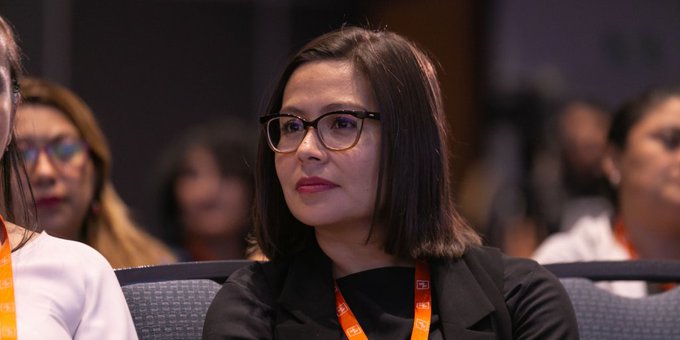 “Alejandra began her journey with WKKF nearly a decade ago and has demonstrated keen awareness and empathy for the challenges facing families in our Mexico and Haiti regions,” said La June Montgomery Tabron, WKKF president and CEO. “Her commitment and depth of experience will continue to strengthen our collective efforts on behalf of children, their families and communities.”

Garduño Martínez joined the Kellogg Foundation as a program manager in 2012 and was promoted to program officer in 2013. In this role, she was responsible for supporting senior programming staff by collaborating with internal and external stakeholders, coordinating grant making activities and implementing a regional strategy in Mexico nationally and in WKKF’s microregions in Chiapas and the Yucatán Peninsula.

Prior to joining the foundation, she was a project director for Fundación para la Productividad en el Campo A.C. in Mexico City, where she oversaw rural economic development projects and coordinated efforts to connect rural communities in Mexico with diasporic groups. Garduño Martínez served as a project manager with Apoyo Integral al Campo, APINCA, S.C., a development organization based in Mexico City. She also worked as a university professor and researcher with Baden- Württemberg International, where she conducted research for European stakeholders seeking projects in Mexico.

Garduño Martínez has been a contributing author in nonprofit and international development publications including Alliance Magazine for global philanthropy. In 2019, she was selected for Career Pathways, the Council on Foundations’ flagship leadership development program for increasing diverse executive talent in philanthropy.

The Kellogg Foundation has been working alongside communities in Latin America and the Caribbean since the World War II era. In 2008, the foundation made a generational commitment to Chiapas and the Yucatán Peninsula in Mexico and central and southwest Haiti. In Mexico and Haiti, the foundation’s work lifts up community voices and local alliances to improve access to education, income generation and child and maternal health care.

About the W.K. Kellogg Foundation
The W.K. Kellogg Foundation (WKKF), founded in 1930 as an independent, private foundation by breakfast cereal innovator and entrepreneur Will Keith Kellogg, is among the largest philanthropic foundations in the United States. Guided by the belief that all children should have an equal opportunity to thrive, WKKF works with communities to create conditions for vulnerable children so they can realize their full potential in school, work and life.

The Kellogg Foundation is based in Battle Creek, Michigan, and works throughout the United States and internationally, as well as with sovereign tribes. Special attention is paid to priority places where there are high concentrations of poverty and where children face significant barriers to success. WKKF priority places in the U.S. are in Michigan, Mississippi, New Mexico and New Orleans; and internationally, are in Mexico and Haiti. Follow WKKF on Twitter at @wk_kellogg_fdn.